Born in Ulan-Ude, Russia, 27-year-old Dmitry Masleev graduated from the Moscow Conservatory in 2011, studying under Prof. Mikhail Petukhov, and went on to finish postgraduate school in 2014. He is currently an intern at the Lake Como International Piano Academy in Italy. He has won many competitions, among them the 7th Adilia Alieva Piano Competition in Gaillard (France, 2010), the 21st Premio Chopin Piano Competition in Rome (2011), and the Antonio Napolitano Competition in Salerno (2013). In 2014 he won third prize in the 2nd Russian Music Competition in Moscow. On July 1, 2015 he won one of the biggest piano competitions in the world, the International Tchaikovsky Competition. He is active as a performer in Russia, France, Romania, Germany, and Italy. This is his first appearance at PMF. 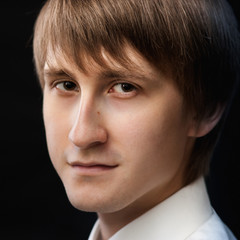 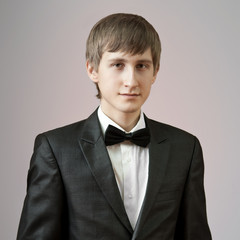 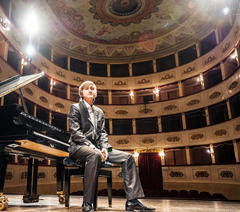