Eugene Izotov is one of the leading wind players of his generation. Izotov leads a multi-faceted career of orchestral, solo, teaching, and chamber music engagements. Appointed by Daniel Barenboim in 2005, he is currently the principal oboist of the Chicago Symphony Orchestra. Over the past twenty years he has enjoyed numerous affiliations and guest appearances with orchestras such as the Metropolitan Opera Orchestra, Boston Symphony, San Francisco Symphony, and Los Angeles Philharmonic. His numerous awards include top prizes at solo competitions in Saint Petersburg (1991), Moscow (1990), New York (1995), and at the Fernand Gillet International Competition (2001). One of the most prolific teachers in the U.S., he teaches at DePaul and Roosevelt universities. He presents regular master classes at conservatories across the U.S. and abroad, such as the Aspen Music Festival, Domaine Forget, Oberlin, Music Academy of the West, Juilliard, Boston University, the Manhattan School of Music, and the Tanglewood Music Center. In 2003, at the invitation of James Levine, he joined the woodwind faculty of the Verbier Festival Orchestra. Born in Moscow, Russia, Izotov studied at the Gnesin School of Music and the Boston University School of Fine Arts. This is his eleventh appearance at PMF since 2005. 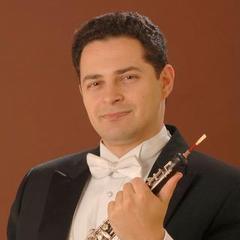